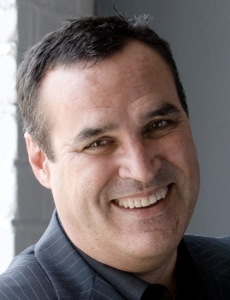 As the 2020 presidential election draws closer, discussions about the economy and taxes are heating up. For many high net worth (HNW) Americans, proposals such as Elizabeth Warran’s wealth tax are causing some trepidation. Lawyer David Lesperance, immigration and international tax consultant, and managing partner at Lesperance & Associates, specializes in helping high net worth individuals secure financially stable futures for themselves and their families via tailored back-up plans. Of the economic situation in the United States, lawyer David Lesperance said it is “difficult to game it out.”

Wealth taxes, which have been implemented before in Western countries including Switzerland and Spain, involve taxing those in the highest tax bracket at a rate higher than those with lower net worth.

Warren’s proposal, which experts say is different from any previously implemented around the world, would impose a 2% federal tax on every dollar of a person’s net worth over $50 million and an additional 1% tax on every dollar in net worth over $1 billion, according to NPR. The plan, economists say, would affect about 75,000 of the wealthiest households in the U.S. and raise $2.75 trillion over 10 years, per NPR.

The aim, simply put, is to challenge income inequality and provide those in the lowest income brackets with more essential services and opportunities to get a leg up.

Regardless of your political persuasions, if you are one of those who could be affected, the proposal and those like it may be startling, David Lesperance immigration attorney said.

Fortunately, although it’s more difficult for U.S. citizens to move to another country compared to citizens of the EU, who can easily relocate within the Union, there are options.

Depending on your situation, these may include getting citizenship to another country that does not have a wealth tax, perhaps via a Golden Visa program or lineage citizenship. Before you make any decisions, David Lesperance attorney recommends making a list of your priorities and goals, assessing your current lifestyle and how it may change if you relocated, and then speaking with an immigration attorney to determine the best course of action.

Now based in Sopot, Poland, David Lesperance attorney hails from Canada, where he attended and graduated from the University of Western Ontario, University of Windsor, and the University of Saskewatchen before working as a Canadian border official. In this position, he gained a unique perspective on U.S. and Canadian emigration and immigration policies and practices, as well as the motivation for wealthy individuals seeking entry or exit from these countries. This inspired him to pursue a law career specializing in tax and immigration. Over the past three decades, he has helped numerous individuals and families obtain second and dual citizenship, with a particular focus on assisting high net worth clients.

In addition to his law and tax practice, David Lesperance immigration lawyer co-authored the book “Flight of the Golden Geese: How the 1% Matter to the 99%” with London School of Economics Professor Emeritus, Ian Angell. He is also a Top Writer on Quora, where he offers his advice and input to those seeking reliable answers to tax and immigration queries.

Find more information about David Lesperance and his practice here: https://www.linkedin.com/in/davidslesperance/ or follow him on Quora: https://www.quora.com/profile/David-S-Lesperance